The following is a story about how I finally did the thing that most people I grew up with did when they were twelve. 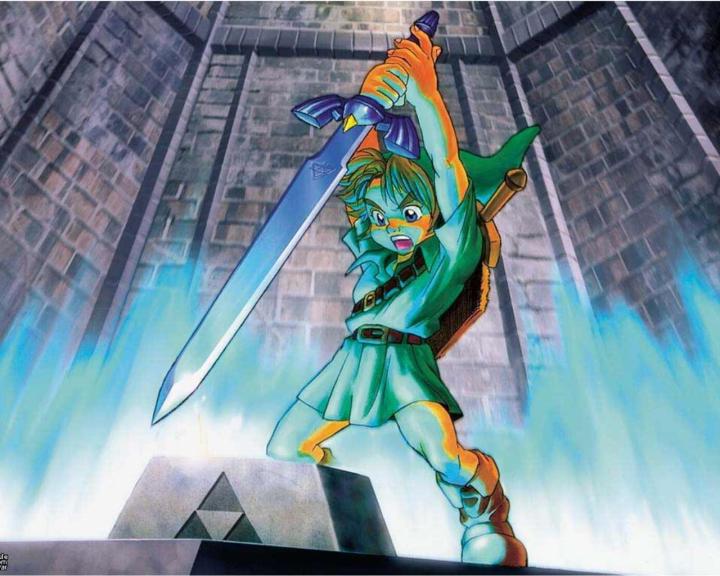 In the past sixteen years, I have started The Legend of Zelda: Ocarina of Time four times.  The first time, I only got to the Goron Village and then I had to return my friend’s Nintendo 64 because it was 1998, after all.  The second and third times, I got to the Jabu Jabu fish and then quit for some reason.  The fourth time was this past year and I only got to the Forest Temple then couldn’t beat the boss (Phantom Ganon in the paintings, if you remember).

I posted about the fourth time a few months ago, and instead of letting my failure get the better of me, I persisted and was eventually victorious.  Continuing on from that success, I kept on playing and, three days ago, I beat it.

If you aren’t familiar with the core repertoire of video games, Ocarina of Time is a game that’s more like a rite of passage – anyone who is remotely into games, video game music, or game history has beaten it many years ago.  It’s regarded by almost everybody as the best Zelda game and by some as the best video game ever made.  It always felt like a black mark on my credibility because it would always come up, usually like “…[it’s] kind of like in Ocarina, when [x would happen]” and I’d have to tell them, then they’d exclaim “YOU’VE NEVER BEATEN OCARINA OF TIME?!?!?!?!”

It’s one of those weird things that always stuck with me.  I always felt like it was so hard.  The dungeons felt unintuitive to me, the puzzle solutions didn’t make sense, and the side quests were so out of left field that I didn’t know how anyone could have figured them out (especially in the late 90s, when the wild west of the internet was a different place).

The turning point was when A Link Between Worlds came out, which takes place in the same world as the only other Zelda game I’d played, A Link to the Past.  The puzzles and dungeons were hard, but not impossible.  It was just hard enough that I could figure out the strategies on my own and start to build patterns.  The experience of playing through it made me fall in love with the series again, and perhaps as important, reminded me why other people loved it too.  It felt like I was starting to get it.

After newly acquiring a Nintendo 3DS, I downloaded Link’s Awakening from the eStore and started playing it.  Like Ocarina, it was incredibly challenging, but A Link Between Worlds gave me the skill set to decipher the same patterns and look for the same physical prompts.  While relying on walkthroughs a little more than I should have, I eventually beat Link’s Awakening and really enjoyed it.

When I came back to Ocarina (on the N64, not the 3DS), I came at it with renewed vigour.  I was at the beginning of the Fire Temple now and I started to see what I had to do.  I saw patterns in dungeon design that I didn’t see before (and that I’d made it that far in the game without seeing them is a testament to my knack of fumbling toward victory 😛 ) and, while I screamed at the TV a lot, at least I knew what to do.  I was still terrible with Z targeting, shooting a bow, and jumping in a straight line, but at least I knew what to practice.

[Brief aside: I think this happens in teaching often.  We teach kids the steps, we don’t teach them to see the patterns.  While I start teaching chord theory in Grade 10 Jazz, there was a moment we were doing cadences in my Grade 12 Fundamentals of Music class where a student perked up all of a sudden and said “I totally just understand all of Grade 10 Jazz now.”  It took Classical cadences for her to figure out ii-Vs in Jazz, she just didn’t see the pattern before, until one day where she did.]

It’s the notion that playing Ocarina didn’t make me better at it (at least, not at first), I needed to play other Zelda games to practice.  This is why so many other kids were better at it than me: I played A Link to the Past, and they played the original, Link’s Adventure, A Link to the Past, and maybe Link’s Awakening.  They just had more practice at the genre than me.

[Further aside: The more pieces kids play in band, the better they become at current and later pieces.  I mean, of course, right?]

I just needed to catch up.  What I love about the Zelda games is that the
only way to get through them is to get through them.  There are almost no shortcuts, easy way outs, or cheats – if you haven’t mastered certain skills, you just can’t go on.  You can read the walkthrough and know what you need to do, but it doesn’t matter unless you can actually do it.

[Yet another aside: Just because a student knows that measure 79 is just an Ab run, that doesn’t matter if they can’t do it when it counts.]

However, the hardest things require the most work, but perhaps more importantly, the most practice.  As we keep plugging away at things, we grow and see more patterns, which make the next difficult things that are similar less difficult.  After Ocarina, Twilight Princess and Skyward Sword will be easier.

It’s not always that it’s hard, just that it requires more practice 🙂