(This is part one of a two-part post.  The first part will introduce the topic, while the second will address some of the skills associated with what it looks like in a classroom, at least at a rudimentary level).

The CBC (our public broadcaster, the Canadian Broadcasting Corporation) ran a program this past year on its current events show about mindfulness in the classroom.  It portrayed various programs in Ontario who are adopting programs of self-awareness in students, but with a particular focus on emotional awareness.  The bit started with one of the show’s producers recounting his experience eating a square of chocolate with a Toronto-based mindfulness coach, framed around the idea of just “noticing” the chocolate.

– What does the wrapper look like?
– Is it shiny?
– How heavy is the chocolate?
– What does it smell like?
– What colour is it?
– (Notice and be aware of all of these things)

Then as he put it on his tongue, he received another set of questions/instructions:

Then he bit down on the square:

– How much resistance is there against your teeth?
– Is it soft? Is it hard?
– Is it crunchy? Is it creamy?

And so forth.  This point may seem a bit laboured, but it’s relevant because I’ve eaten a lot (bold and italics) of chocolate in my life and my only question after the first square is usually “where is the next square,” followed by “what do you mean we’re out of chocolate?!” I would rarely notice anything about something I have a tremendous amount of experience with, which on the surface seems ridiculous, but I think that it happens everywhere and with the vast majority of people. 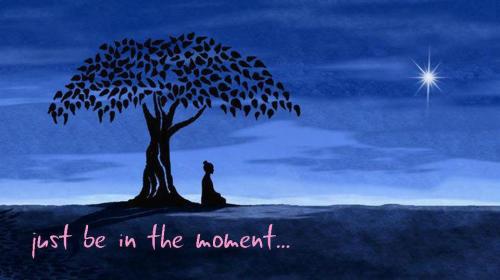 The program aired during a week when my nephew was staying with me to attend basketball camp at the University of Manitoba.  When I came to pick him up, I’d ask how he was doing and he would always (5/5 times) answer with “Good, you?” That tells me that he’s mechanically responding with a socially acceptable “good” while being polite and asking me how I am as well (“you”).  Five out of five times; same tone, same vocal inflection.

The adult equivalent of this is “fine, thanks, and you?” which often blurs together as fine-thanks-and-you.  This breaks down as:

Fine – I’m alright; not bad, not great, but good enough that you probably won’t ask anymore about it.
Thanks – I’m being polite, look at how polite I’m being.
And You – I’m going to further my politeness by asking how you are.  I’m not really that interested, I just need to give the impression that I am long enough to talk about something else.

Part of this response is to give the illusion of strength to someone not terribly connected to you, like Frank the Mail Guy or Jane from Accounting.  Not that either of these people aren’t important, they just don’t need to know much more than fine-thanks-and-you about you.

But I think that the inherent problem is where you start really believing fine-thanks-and-you and you don’t actually know what’s going on with your own feelings either.  When you wake up, you’re more tired than you’ve ever been.  You’re quicker to anger.  Your neck and shoulders are always tight.  You’re drinking more.  It takes you hours to fall asleep and you can’t seem to figure out why.

Now imagine that there is a person who is more sensitive than you, less experienced, more tired, busier, and works in a highly competitive and judgemental environment.  Now we’re describing teenager and it has never been harder to be one.

In terms of trying to live up to impossible physical standards in a world where your social media accounts all demonstrate your passion for social justice while featuring photoshopped professional photography, it’s all been said.  There is pressure coming from all sides to be not only be perfect (which is impossible, by the way), but to actively share it.  The only thing more important than keeping it all together is the impression of keeping it all together.

And don’t get me wrong, I don’t escape it either and (probably) neither do you.  This is the world we live in now, but for the adults reading it, at least we don’t have to grow up in it.  And this is where mindfulness comes in.

Remember the chocolate from above? And the noticing? Let’s pair that with why we can’t seem to fall asleep at night and how hard it is to keep up with the Joneses on social media.  It all boils down to a lack of emotional awareness – you don’t actually know how you’re feeling.  It’s okay, that’s the world you’ve been brought up into, but now imagine a scenario where you would learn to manage your emotions when they’re at their most volatile.

Imagine you learned to emotionally aware at sixteen.  Imagine a world where you grew up learning to gain a handle on your emotions.  That’s what we’re talking about here. 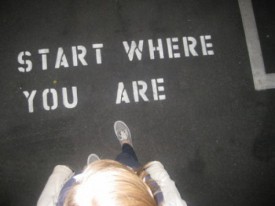 Thankfully, I get to team teach with someone who beat this trend by about ten years.  Educational culture is just getting on the wagon of teaching mindfulness and emotional awareness and my teaching partner has already been doing it for about ten years.*

Sometimes, he’ll lead them in guided meditation, but not terribly often.  He’ll usually just ask “how are you doing in there today?” as a start, followed by something like “just notice the sensations in your body and how they relate to how you’re feeling.”  Not exactly that, but something like it.   It doesn’t have to be a full-on Buddhist meditation or three-hour kumbaya, it’s as easy as asking them how they’re feeling today and genuinely caring about the answer.

When I overhear that, I might think “I feel a tightness in my chest” (which usually means I’m anxious) or “my traps and neck are really tight” (meaning that I’m stressed) or that I feel no sensation and I’m just feeling good.  The difference is that I’m actually taking a second to acknowledge what I’m actually feeling in real time.  Not at the end of the day where I reflect, but I reflect in that moment, which is an important part of it.

I want to delve into some of the more day-to-day of it next week and what it looks like in my classroom, but I want to give some homework for the next seven days (because I’m a teacher, you know).

– In a distraction-free environment, notice how you’re feeling in a given moment; that is, draw attention to the sensations happening in your body and how they connect to your emotions.  You don’t have to do anything about it, just acknowledge that it’s there and don’t run away from it.  Acknowledge it, then keep acknowledging it.